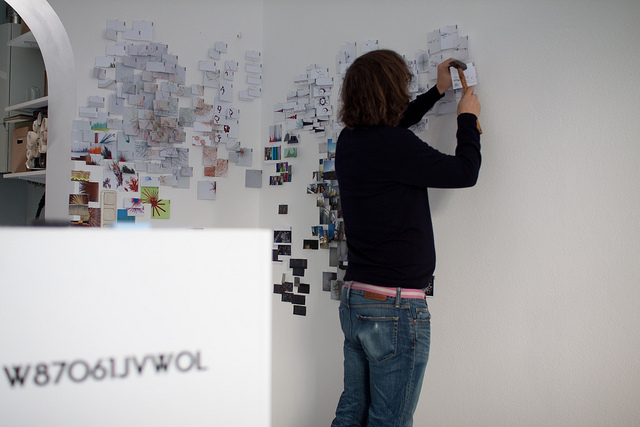 Dog and Pony presents Jer Thorp, Software Artist from Vancouver, Canada currently living in New York. A former geneticist, his work explores the boundaries between science, mathematics, and art using custom-written computer programs. Thorp is currently Data Artist-in-Residence at The New York Times and Visiting Professor at the Interactive Telecommunications Program (ITP) of NYU. His award-winning software-based work has recently been featured in Scientific American, The New Yorker, Fast Company, and Popular Science and has been exhibited internationally, including at the Museum of Modern Art in New York.

In his exclusive Dog and Pony Show titled “W87061JVW0L” he will celebrate a retirement party for the computer that he uses in his daily art practice and which contains all his work, sketches and experiments of the past 5 years. Before going out of service and being replaced by a new model it will be allowed to go into a final nostalgic dream state, bringing back the memories of a long journey together with all its inevitable failures and great achievements.

The opening will be on Sunday, October 16th at 3pm. The artist will be present.